I have been an undying Android fanboy since I first laid my hands on the ADP1 (AKA HTC Dream). I loved being able to root and modify my device. I could personalize it to  my liking. I never had any desire to move to the iPhone because I wasn't going to give up my physical keyboard. Not to mention, the iPhone was notoriously expensive.

Since then I have had countless Android devices. I would estimate that I have had about 25 different Android devices, and I have had 2 Apple devices. I had the iPhone 4, and the iPhone 6S Plus (most recently). My experience with the 4 was not a pleasant one. The phone was much smaller than the Android counterparts, and lacked many of the features that I was accustomed to on my Android. I'm going to glaze over my iPhone 4 experience, and jump to the more relevant (at least today) iOS 10 experience.

So lets get our hands dirty and discuss differences.

Build - There is no denying that the iPhone is probably one of the sexiest handsets available. Especially when we are talking about the earlier builds of Android devices. It wasn't until recently that Android manufacturers got the hint and moved away from plastic bodies and into the realm of aluminum and gorilla glass. Going to more glass, obviously means you are more likely to damage your phone. The older iPhones were notorious for shattering when dropped. The older ones were encased in glass. Carrying your phone naked was a great gamble. Now it is more of a toss up. While the iPhone is still arguably more aesthetically pleasing, Android's build quality and looks are getting better with time. The Nexus 6P and Pixel devices are very nice.

Price - Again, up until only recently, iPhones were notoriously expensive. With the release of Edge display technology and aluminum unibodies, the Android devices are now just as expensive as the iPhones. I mean, you had better be ready to drop close to $1000 for the new Pixel XL. Even I had to roll my eyes at that one, and I have no plans to pick up a Pixel any time soon.

Support and Updates - OK. Again, this category goes to Apple without hesitation. Androids have a terrible reputation of not only releasing OS builds in a timely manner, but we are at the mercy of individual carriers in order to get our new OS unless we bit the bullet and rooted our android devices. Even then, we are at the mercy of developers to port it over to our device. I had the Kyocera Echo when it came out, and I loved this phone. However, there were no plans to update it to the latest OS (even though it was more than capable) and since the phone never picked up any speed, there was no dev community behind it. Suffice it to say, I didn't have this handset for long at all. iPhones take the cake here, because you know not only when it will be released, but exactly what handsets will receive the update. Furthermore, we don't have to depend on our carriers. Apple releases the updates themselves. Not to mention, if you have a problem with your device, you can call Apple. With Android phones it's a crap shoot. Even if you have a Google Brand device, reaching google for hardware support without a nexus care plan is infuriating to put it mildly.

Software/UI - OK, this is where the waters get muddy. There is something to be said about the out of box user experience with Apple devices. The phones are so easy to use and understand (even though 3D touch took some adjustment). I can back up and restore with great ease, thanks to iTunes. However, if you are like me, you want to personalize your phone. If you don't care to do that, you can skip the rest of this section. If you want to jailbreak your iPhone, Apple will do everything but disown you. They claim that it voids your warranty, and lord forbid you need any support while jailbroken. It wont happen. Not to mention they actively try to thwart Jailbreaking with every new OS released. Not Cool Apple. Especially given the money we spent on the iPhone. Google, however, is another story. When you root your device, you open up a new world of possibilities. You can theme, run modded OSes, tweaked apps, and have full control over power settings and multiple other UI tweaks. In addition to that, you can even download custom kernals to dictate how your phone processes and even utilizes the battery. There is a wealth of knowledge and support for these ROMS on the Android platform. XDA-Developers is my one stop shop for modifying my phones.

Apps - OK, I know what you're thinking. I'll go ahead and say it. While Androids Play Store boasts a higher number of apps, their community standards are piss poor. There are so many apps that have NO PLACE in the play store that it can make you sick. If you are downloading from iTunes, you are much more likely to get a useful app, instead of a piece of trash. However, the play store has a more robust review system. Where Google shines is the availability of 3rd party apps. Now, with that being said, you shouldn't go download third party apps all willy nilly, because that's a good way to break your phone. As a general rule, I only download apps that have been approved by XDA. All the apps aren't a completely new build. Some 3rd party apps take a google app and strip it down or tweak it for performance purposes. The best example of this type of app is music and audio tweaking apps. They can really change your experience.

So, whats the verdict then? Well, it's not that easy. Most biased reviewers will tell you why one is better than the other. However, having had the iPhone 6S Plus now for about 6 months, I can honestly say that they really are both great devices in their own way. The fact that they are both smart phones is really where the similarities stop.

If you are on the fence and you are reading this review hoping I will tell you which phone is better, you are going to be disappointed. However, I will help you make that decision on your own

If you like stability, and you are a set it and forget it type of person. You want to make sure you always have the latest builds, and want to put out little to no effort to get it. If you want to get high quality apps that you can trust without having to research, and if you want to have a device that most of your friends have, then an iPhone is your best bet. One thing I didn't mention was Apple's ability to marry your iOS devices together. If you have a Mac, Apple TV, iPad, etc, it's a no brainer. Get an iPhone.

Now if you are like me, you will want an Android. If you want to make the device your own, like to tinker a lot, and enjoy researching, and tweaking, then Android is your device. I am never content with my device. I am always looking for the next best ROM, or trying to tweak my phone for performance or battery life. I enjoy themes and third party apps. If you look at my Android device at any given time, you will be hard pressed to figure out which OS I'm running, or even what apps I am using because they are so heavily themed and modified. With that being said, it' a trade off. I have to manually backup, update, restore, and manage my device. It's something I enjoy doing.

I would be lying if I said I wasn't going to miss my iPhone. It is a great device, and the wealth of accessories like cases, etc are nearly unending. Not to mention, I never had to worry about messing my phone up. I could just let iTunes back up and restore. I have had more than my fair share of scares on Android. There were many late nights spent trying to restore my phone from a "Soft Brick".

My advice is to stop slinging mud across the aisle. Don't try to convert users from one device to the next. Do share the experience, and if you keep an open mind, and try the other device, you might be surprised. They are both excellent devices.

With that being said, I have sold my iPhone and purchased a Nexus 6P. I look forward to rooting and theming my android.

With that being said, The iPhone is: 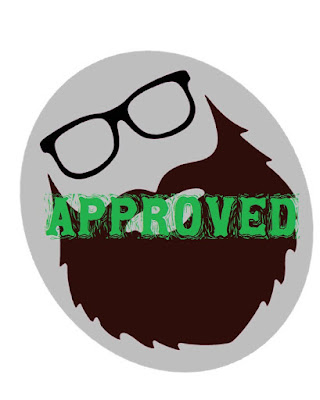